Alpha Zeta Delta of Chi Psi Fraternity officially unveiled its new permanent Lodge at 5:25 p.m. on Saturday, August 24, 2019, and in so doing dedicated the new structure to its most influential alumnus of the past several decades, W. David Romoser, ZΔ ’65. 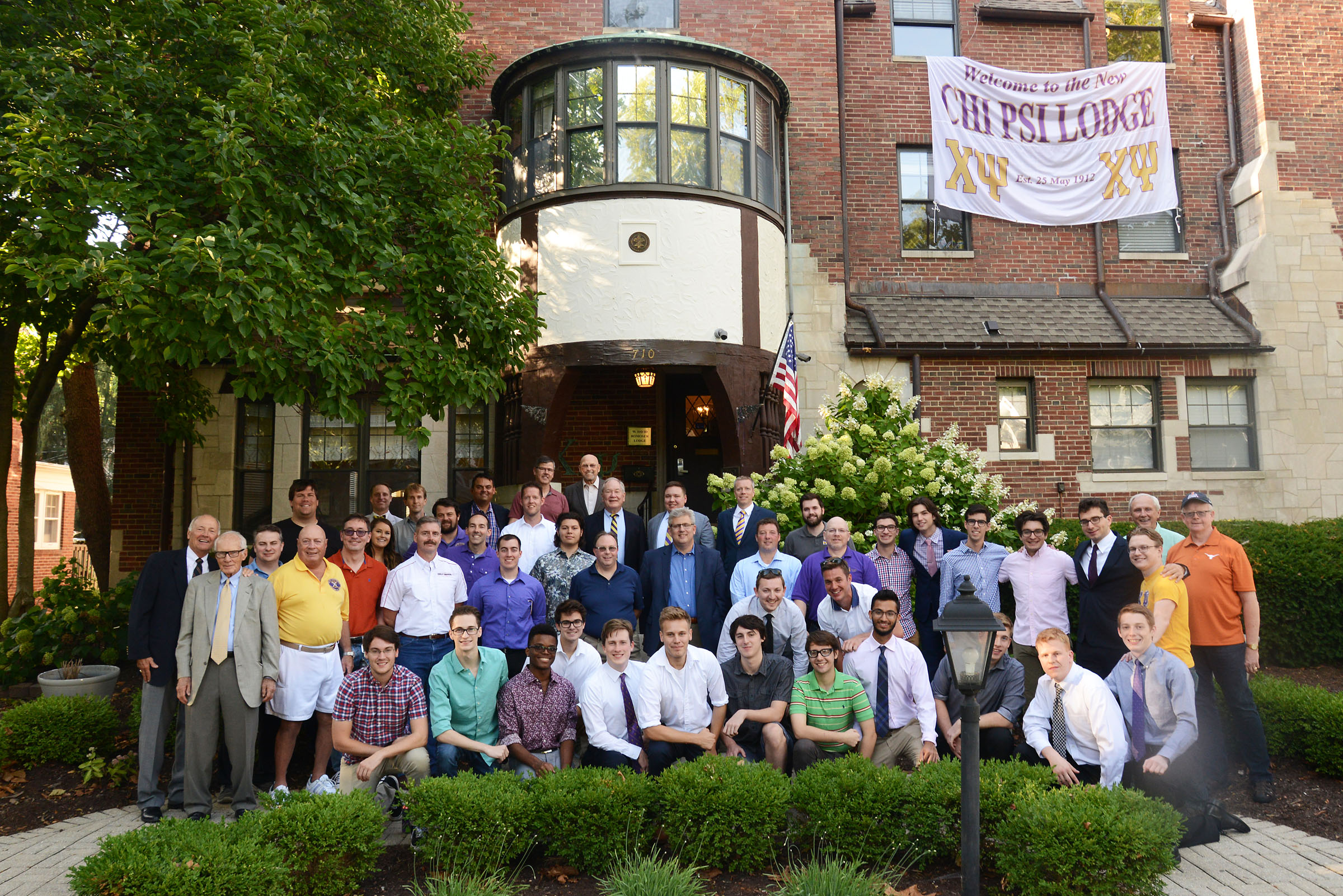 The new W. David Romoser Lodge is located at 710 West Ohio Street in Urbana, and was previously owned by the Delta Zeta Sorority.  The Romoser Lodge becomes the first permanent home Zeta Delta has occupied since 1994 when it sold the original Lodge at 912 South Second Street in Champaign. That Lodge had been home to Zeta Delta since 1921. 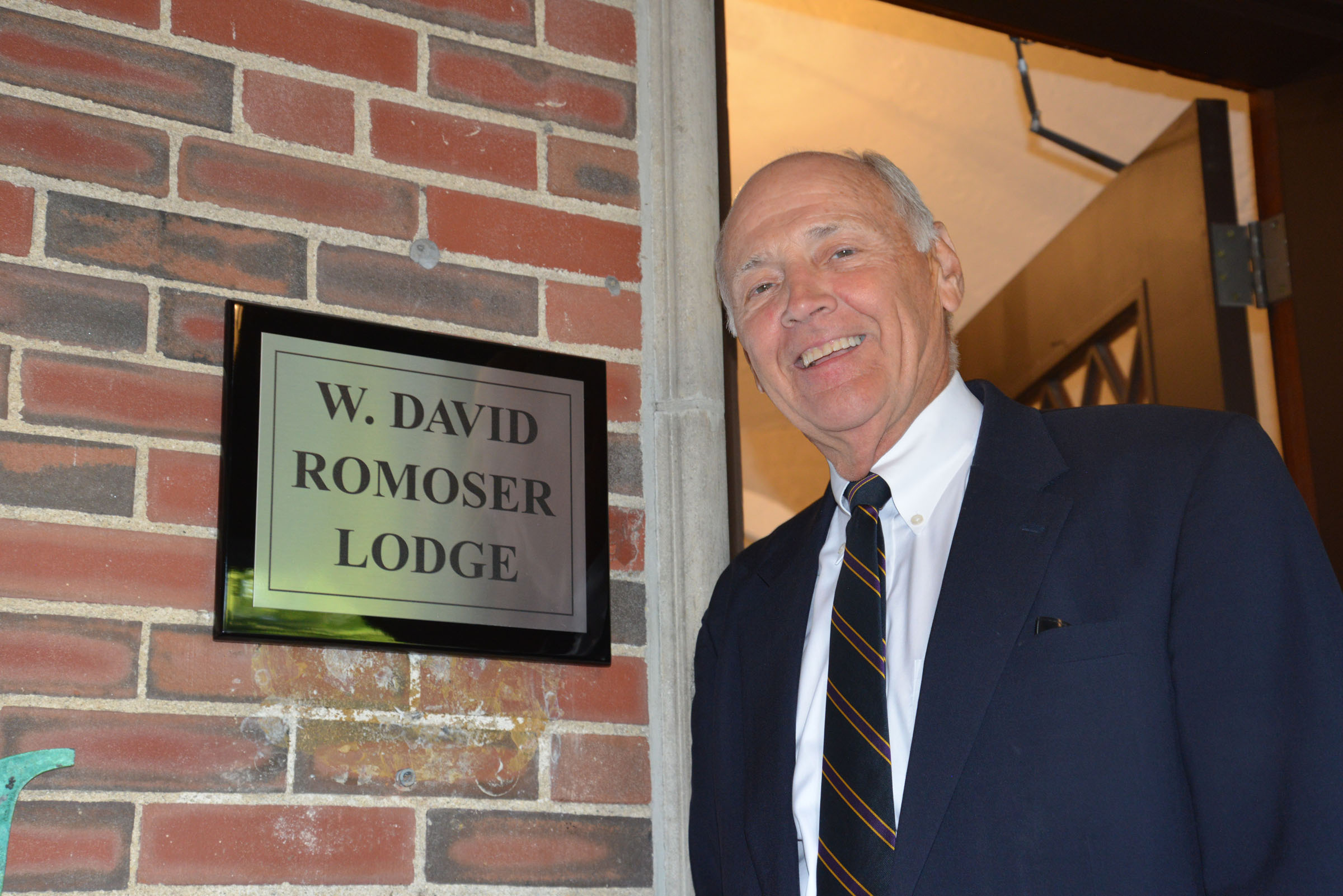 The decision to dedicate the new Lodge to Brother Romoser was an easy one for the alumni board. As Matthew Hess, ZΔ ’00, noted in his remarks preceding the ribbon-cutting, the dedication ceremony marked the culmination of Brother Romoser’s vision for Zeta Delta when the decision was made to sell the original Lodge. By donating the proceeds from the sale to the Zeta Delta Educational Foundation, the Alumni Corporation avoided a massive capital gains tax and allowed the Foundation to launch a number of scholarship and grant programs which helped Zeta Delta stay afloat for the next 25 years. In the years that followed, Brother Romoser – along with the invaluable assistance of Tom Humphris, ZΔ ’53, Stan Thoren, ZΔ ’69, and Gary Dispensa, ZΔ ’74 – guided the Foundation to ensure that when the time was right, the money from the old Lodge would be available for use to purchase a new, permanent Lodge. Although it took much longer than originally planned, that is exactly what happened.

Putting aside his good work as president of the Zeta Delta Alumni Corporation and Educational Foundation, and putting aside his decades of service to the national fraternity for which he was awarded the 100th Distinguished Service Award in 1985, Brother Romoser was the driving force behind the Zeta Delta Lodge Campaign that saw the Alumni Corporation raise the $500,000 necessary to complete the purchase of the new Lodge in just five (5) short months. Without his critical guidance, leadership and outreach, the purchase of the building would not have been possible. 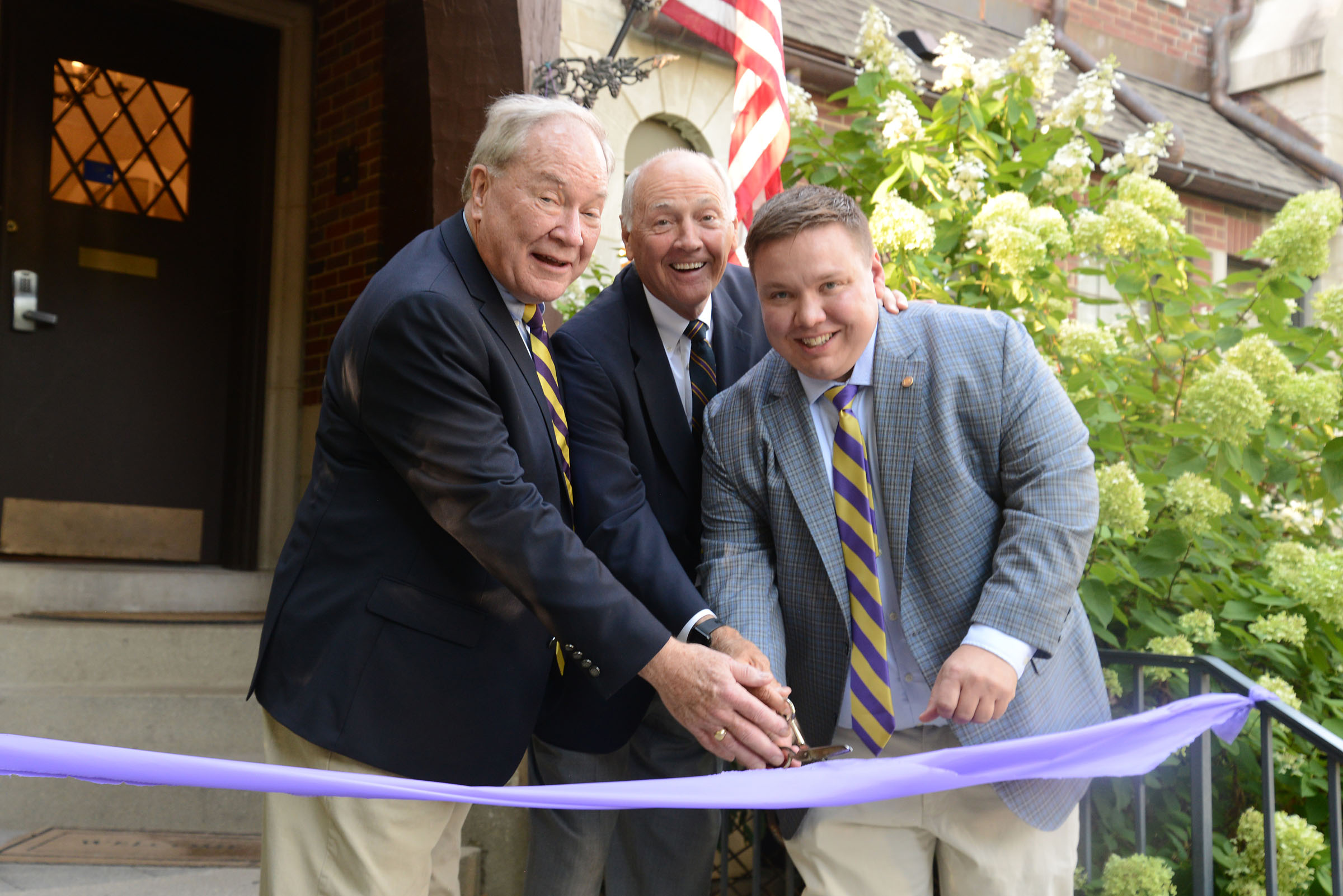 Zeta Delta alumni from all eras were well-represented at the ribbon-cutting celebration, as was the Chi Psi Central Office. We were honored to welcome our newly elected president, W.S. ‘Bill’ Hattendorf, Jr., AΔ ’69, Σ ’82, H ’83, #7, as well as its executive director, Samuel C. Bessey, HΔ ’97, #23. Brother Hattendorf gave some touching remarks, reflecting on the close bonds that he saw his father, Will Hattendorf, ZΔ ’38, had formed with his Zeta Delta brothers growing up. Seeing the richness of those bonds of brotherhood are what led Brother Hattendorf to Chi Psi in the first place, and they are what has sustained Brother Hattendorf’s love and dedication to Chi Psi to this day. He now leads us as our #7, and Zeta Delta is proud and honored that Brother Hattendorf helped us dedicate the new Romoser Lodge. 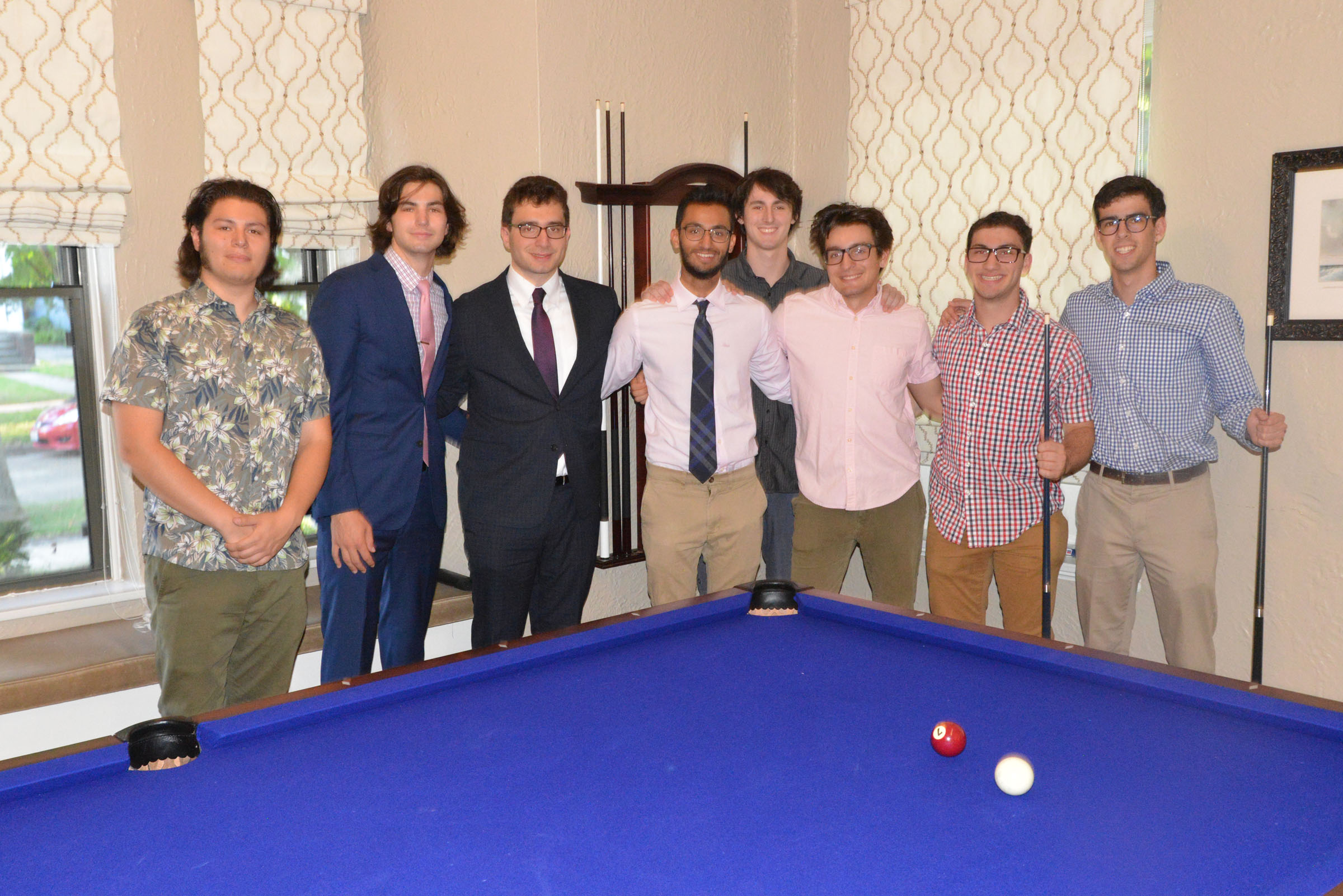 While the dedication celebration was a momentous occasion, our job is nowhere near done. As Brother Bessey remarked, the job now falls upon the undergraduate Brothers of Zeta Delta to carry on the legacy that has been handed to them. This includes not only recruiting in high numbers and filling the new Lodge but also elevating their presence on campus by taking on leadership roles in other organizations, interacting with other fraternities and sororities in intramurals and social functions, and giving back to the community by holding robust philanthropy events each semester. The Brothers are up to the challenge, and the Alumni Corporation looks forward to helping the Alpha become a top fraternity on campus and a top Alpha in Chi Psi in the very near future.

Thank you again to all of you who donated during Phase 1 of the Zeta Delta Lodge Campaign to make this day possible and to all who attended the event. We can’t wait to see you down at the Lodge again very soon.

This website uses cookies to improve your experience while you navigate through the website. Out of these, the cookies that are categorized as necessary are stored on your browser as they are essential for the working of basic functionalities of the website. We also use third-party cookies that help us analyze and understand how you use this website. These cookies will be stored in your browser only with your consent. You also have the option to opt-out of these cookies. But opting out of some of these cookies may affect your browsing experience.
Necessary Always Enabled
Necessary cookies are absolutely essential for the website to function properly. This category only includes cookies that ensures basic functionalities and security features of the website. These cookies do not store any personal information.
Non-necessary
Any cookies that may not be particularly necessary for the website to function and is used specifically to collect user personal data via analytics, ads, other embedded contents are termed as non-necessary cookies. It is mandatory to procure user consent prior to running these cookies on your website.
SAVE & ACCEPT
Go to Top